Abstract
Purpose: A prostate abscess is a rare occurrence often caused by immune dysfunction. The diagnostic modality for a prostate abscess is computed tomography or transrectal ultrasound. Transrectal ultrasound-guided aspiration is one such method. If treatment is dependent on the abscess size. This study examined the bacterial strains drained under transrectal ultrasound and their antibiotic sensitivity.
Materials and Methods: The medical records of eight patients diagnosed with a prostatic abscess and treated by transrectal ultrasound-guided aspiration from March 2009 to December 2020 were reviewed retrospectively. The general characteristics, associated diseases, and bacterial strains and their antibiotic sensitivities were identified in blood, urine, and pus cultures.
Results: Eight patients were hospitalized. The average age was 59.5±6.05 years, and the average length of hospitalization was 16.88±5.49 days; 75% had diabetes. No patients had catheterization, spinal injury, or prostate biopsy prior to diagnosis. The mean prostate volume was 47.05±27.3 ml, and the mean prostate abscess size was 2.08±0.83 ml. Under transrectal ultrasonography, the prostate abscess size was 5.43±5.31 ml, and catheters were inserted for treatment in four cases (50%). In the abscess culture test, Escherichia coli, Klebsiella pneumoniae, and Staphylococcus aureus were found in four, three, and one case, respectively. E. coli and K. pneumoniae responded well to amikacin treatment, while seven cases responded well to Piperacillin/Tazobactam treatment.
Conclusions: Prostate abscesses occur mainly in diabetic patients. The most common cultures are E. coli and K. pneumoniae. Intravenous injection of amikacin or Piperacillin/Tazobactam may be helpful as a treatment prior to bacterial identification.
Keywords : Prostate; Abscess; Escherichia coli; Klebsiella pneumoniae

The prostate is a reproductive organ present only in men. The prostate can develop tumors like any other organ, and malignant prostate cancer can occur. Various infection symptoms may manifest according to the condition of the human body, the number of pathogens, and the infectious-ness of the pathogen. Infection of the prostate is divided into two categories: acute prostatitis, which causes symp-toms such as fever and chills, and chronic prostatitis, which causes pain in the perineum, discomfort in the lower abdo-men, and lower urinary tract symptoms. In acute prostatitis, symptoms improve by treating the causative bacteria, but a prostate abscess may occur in rare cases [1]. Abscesses can develop in various organs. There may be differences in both strains and triggers that cause abscesses in each human organ. In the case of liver abscesses, the cause may be alcohol poisoning, parasites, or other chronic diseases, such as diabetes and hepatitis [2,3]. In the case of lung abscesses, the cause is often related to or, in immunocompromised patients, a fungus [4,5].

The treatment of abscesses varies depending on the size. If the size is small, they can be treated with an appropriate antibiotic. If large, however, direct incision drainage is performed. An aspiration or drainage tube is then inserted through the puncture to drain the abscess; the drainage tube is removed upon completion. Compared to other abscesses, prostate abscesses do not lead to high morbidity but can occur due to decreased immune function. Prostate abscesses, like other abscesses, can be life threatening if prompt treatment is not provided. A larger abscess requires drainage, and the treatment method may differ depending on the patient’s condition or the medical staff’s preference. Never-theless, antibiotic use is an important treatment method.

This study investigated the antibiotic sensitivity of bac-terial strains identified in prostate abscesses and drained under transrectal ultrasonography. The use of appropriate antibiotics is recommended until the bacterial strain is identified.

This study was approved by the Institutional Review Board of the Jeju National University Hospital (IRB No. 2021- 10-021). This study retrospectively reviewed the medical records of eight patients diagnosed with a prostatic abscess by computer tomography (Fig. 1) or transrectal ultrasound and treated by transrectal ultrasound-guided aspiration from March 2009 to December 2020. The general characteristics that were accounted for included the following: age, chronic disease history, previous urethral or suprapubic catheter insertion, history of prostate biopsy, prostate volume, prostate abscess volume, the duration of hospitalization, initial antibiotics given, and previously iden-tified strains and current strains identified in blood, urine, and pus cultures. The antibiotic sensitivities of bacteria identified in the urine, blood, and abscess culture tests were investigated. 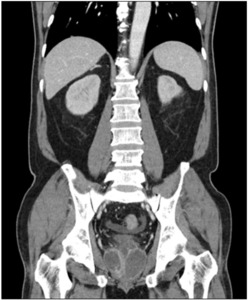 Figure 1. Computed tomography of a 62-year-old with diabetes mellitus.

Eight patients diagnosed with a prostate abscess were hospitalized. The average age of these patients was 59.5±6.05 years, and the average length of hospitalization was 16.88±5.49 days (ranging from 7-22 days). Diabetes accounted for 75% of patients (six cases). Prior to hospitalization, there was no previous history of stroke, urinary tract infection (UTI), prostate biopsy, catheterization for neurogenic bladder, or other treatments. The mean prostate volume was 47.05±27.3 ml, and the mean prostate abscess size was 2.08±0.83 ml. Both urine and blood culture tests were performed prior to using broad-spectrum antibiotics. The antibiotics used upon hospitalization were ciprofloxacin in two cases, tazo-bactam in three cases, amikacin in one case, vancomycin in one case, and a tazobactam with levofloxacin combination in one case. In all eight cases, aspiration drainage was performed using an 18-gauge needle guided by transrectal ultrasound (Fig. 2). Using transrectal ultrasound, the volume of the aspirated abscess was 5.43±5.31 ml. Catheters were inserted for treatment in four cases (50%) (Table 1). All strains were cultured via a culture test from aspirated pus. Five cases were cultured in the urine culture, with two cases of and three cases of . Six cases underwent a blood culture test, with two cases of and four cases of . In all but two cases, the same bacteria were identified in the urine, blood, and abscess culture tests. In an abscess culture test, , , and were found in four, three, and one case, respectively (Table 2). and displayed high sensitivity and responded well to amikacin, while one case showed high sensitivity and another moderate sensitivity to Piperacillin/Tazobactam (Table 3). Extended-spectrum beta-lactamase was positive in two cases. The sensitivity to ciprofloxacin, an antibiotic mainly used for UTIs, was 66.7% in four cases of and 100% in three cases of . The sensitivity to trimethoprim/sulfamethoxazole was 75% in four cases of and 100% in three cases of .

Table 3 Antibiotic sensitivity of bacteria in the pus culture.

Abscesses are formed during the process of inflammation and may occur in various organs. Prostate abscesses are a rare disease but occur during acute prostatitis. They can be caused in patients with an immunocompromised status, diabetes, catheter insertion, or prostate biopsy, but they are decreasing gradually [1,6-8]. If left untreated, the mortality rate is between 6 and 30% [9-11].

Jang et al. [1] reported that of 52 prostate abscess patients, 42.3% had diabetes, and 13.5% had a spinal cord injury. In one study, more than 50% of cases were associated with diabetes and chronic disease in younger patients, while benign prostate hypertrophy or a prostate biopsy was asso-ciated with older patients [12]. Diabetes accounted for 75%, and there was no previous history of prostate biopsy or other diseases, such as spinal cord injury.

The symptoms of prostate abscess are similar to those of other lower urinary tract diseases. Dysuria, urgency, and frequent urination are expressed in 96% of cases; fever, perineal pain, and acute urinary retention in 30-72%, 20%, and approximately 33% of cases, respectively [13]. Patients with a prostate abscess often require treatment, such as urinary diversion, if they have difficulty in urination, and suprapubic cystostomy is performed in many cases [7]. A urethral Foley catheter was inserted in four patients (50%).

The abscess draining approaches are transrectal, trans-perineal, and transurethral. The transrectal approach is straightforward and less painful, but there is a risk of incomplete drainage, rectal bleeding, and the spread of infection. However, if the pain is severe enough, it may cause sexual dysfunction from nerve damage. The transurethral approach allows for adequate drainage but is an invasive method and has a high risk of urethral damage, urinary incontinence, and spread of infection [15].

Prior to the development of antibiotics for prostatic abscesses, the most common strains were from sexually transmitted diseases and included and . Currently, approximately 70% of cases are from . When and are identified, fungi, such as , were rarely the cause [16,17].

In this study, the main strain in the pus culture was identified as in four cases, in three cases, and in one case, none with evidence of fungal strains. The types of antibiotics used for prostate abscesses vary depending on the antibiotic resistance in each country. The resistance rate of UTIs to ciprofloxacin is increasing due to the misuse of antibiotics (17.6% in 2004 and 33.8% in 2012 in Korea) [18]. Therefore, other antibiotics are recommended over ciprofloxacin. Since 75% of first- generation antibiotics are resistant, it is generally recom-mended to use broad-spectrum antibiotics against gram- negative bacteria before the cultured strains are identified. Once identified, levofloxacin, carbapenem, or cephalosporin are recommended as the treatment for two weeks or more [12,19].

Although the number of prostate abscess cases is limited, 75% of them occurred in diabetic patients, and the abscess cultures were mostly and . Prior to bacterial identification, intravenous administration of amikacin or Piperacillin/Tazobactam as broad-spectrum antibiotics may be helpful for treatment.

No potential conflict of interest relevant to this article was reported.

The official journal of